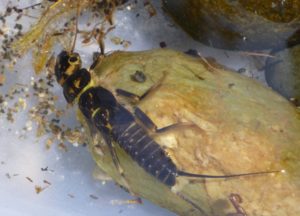 To find and identify any aquatic insects living among the rocks of the creek or flying around the lake, like dragonflies!

Hint: Use the ID sheets below to help identify what you see! It might be helpful to print one or more of these before you go. 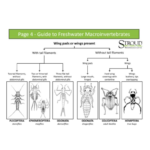 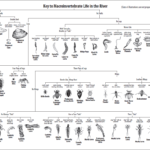 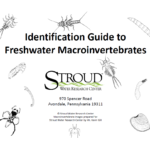 KNOW BEFORE YOU GO!

Print this handy mission checklist before you leave! 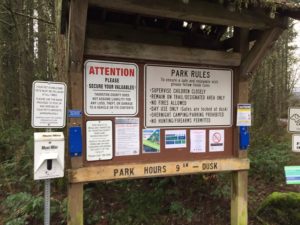 Park in the lot on the east side of Fairview Road, where the sports fields are. On your left, when facing the road, is a trail by the “To Restrooms” sign. Follow the trail down the steps to Fish Pond Creek and the culvert which takes the creek and pedestrians under the road.

The Black Lake, Black River and the surrounding area has a long history of use. Native American tribes that resided in the area used the river as a common navigation trail between Puget Sound and the Chehalis River. Early settlers did as well. The area was one of big timber and prairies providing many available food resources and shelter to those who lived here. Today, one of the earliest developments on the lake is still in use and open to the public, Kenneydell Park. 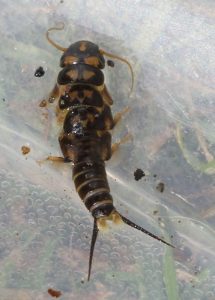 One of the best ways to determine how healthy a stream is for salmon, is to look at the population of aquatic insects and other aquatic organisms, such as snails, worms, and crayfish. Together, these aquatic organisms are referred to as benthic macroinvertebrates or stream bugs.  Benthic means “bottom of a body of water” and macroinvertebrate means you can see the insect with your eye and insect has no backbone.

FACT! Benthic macroinvertebrates are used as bioindicators of water quality because they are sensitive to environmental changes and their presence or lack of presence determines if the water is clean water or polluted. 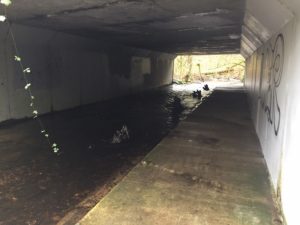 Reach into the stream before it enters the culvert and turn over a few of the rocks  Is anything crawling around on the underside? Use the identification sheets (linked above in the mission) to identify what you see. The stream current can be swift, please do not enter the stream!

Juvenile salmon need cold, clean, oxygenated water to survive. The cooler the water, the more oxygen. Some stream bugs such as stone flies, mayflies, and caddisflies have those same requirements. Others such as worms, snails, flies and leeches can tolerate less oxygen, warmer temperatures, and some pollution. The presence of stonefly, mayfly, and caddisfly larvae in a stream sample is one indication that the stream may be a good place for salmon to thrive. In addition, those bugs provide food for juvenile salmon.

Most of the stream bugs that are aquatic insects are in the larval state. They have hatched out of eggs laid in the water by winged adult insects and are now in their larval phase (like a caterpillar before it becomes a butterfly.) Eventually they will transform into a winged adult, fly around, mate, and die. Their adult phase is often pretty brief.

Did you know? An aquatic insect called a  scud, or “side-swimmer” looks like a tiny shrimp scooting around on its side.

Every aquatic macroinvertebrate is uniquely adapted to its watery environment. Some are predators  stalk smaller organisms in the water. Stonefly larvae (in streams) and dragonfly larvae (in ponds) are examples of predators. Others are “grazers,” scraping algae off of rocks and submerged plants. The “flathead” mayfly is known for this as are snails with their saw-like tongue called a “radula.” Others are “detritivores,” which is an animal which feeds on tiny bits of decayed plants and animals. One species of caddisfly spins a tiny net attached to the rock to catch detritus floating downstream, and mosquito larvae have brush-like mouth parts that comb the water for detritus. They are both known as “filter feeders.”

Walk through the culvert and up the steps on the other side until you reach the main parking lot.  Walk to your left to the picnic grassy circle and look  at the end of the small lodge building; on its right, you’ll see a bench and trail leading to a bridge crossing Fish Pond Creek.

Looking over the side of the bridge, notice how much cover the native plants provide for the stream. Do you think this is helpful or harmful for salmon habitat?

Native trees and shrubs growing along a stream provide cover, or a “canopy”  shading the stream. This helps to keep the water cold for salmon. stream bugs and other aquatic life. In addition, those streamside trees and shrubs enhance the stream habitat by:

To learn more about the benefits of trees visit: http://www.cityhabitats.org/stories/benefits-of-trees/ 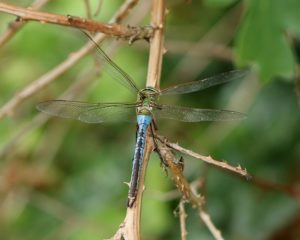 Return to the big entrance sign and take the road to the right down to the swimming beach. Keep an eye out for dragonflies and damselflies!

On most warm days, you can see several different species of dragonflies and damselflies. The adult insects flying around the lake will lay eggs on the stems of water plants. Those eggs will hatch into gilled larvae that will grow and shed their exoskeletons several times before turning into adults with wings. (This is called “incomplete metamorphosis” since they don’t have a pupal stage like a caterpillars cocoon.)

What’s the difference between dragonflies and damselflies?

Damselfly nymphs are also predators, but prey on smaller organisms as they swish through the water from side to side to capture dissolved oxygen into the gills located on their tails.

FACT! The Washington State insect is the Green Darner Dragonfly and that some dragonflies migrate like birds?

Did you know? Aquatic insects and other macroinvertebrates in lakes and ponds are somewhat different from those found in streams and rivers/ This is because lakes and ponds tend to be warmer than freshwater streams. Ponds in general  have more emergent aquatic plants and less dissolved oxygen, due to the stillness of the water. We usually don’t see stonefly larvae in ponds, but certain species of mayflies and caddisflies have adapted to the warmer pond environment. Diving beetles, backswimmers, snails, and water striders are usually abundant in ponds and lakeshore habitats.

You have completed your mission to find and identify any aquatic insects living among the rocks of the creek or flying around the lake! Don’t forget to login to the Goose Chase App and submit your photo for this mission to collect your park specific sticker !

You can return to the parking lot the same way you came.